Developed as a residential area with a handful of restaurants and shops before the civil war, Badaro has experienced an awakening in the past couple of years and is now home to a growing number of cool cafés, bars and restaurants. On the lookout for exciting concept stores, the street at first glance seemed reticent but with some rummaging through Badaro and its surroundings turned out to be home to some striking creative minds.

Luanatic – A boutique with a fresh and witty take on Lebanese slang. Luana, a graphic designer, spreads Lebanese talk such as Tout tout 3a Beirut and Min Habibi Ana? through posters, magnets, phone covers, mugs, bags and other daily objects. A gentle way to smile at our local quirks; the souvenirs make an amusing introduction to Lebanese distinctive expressions. 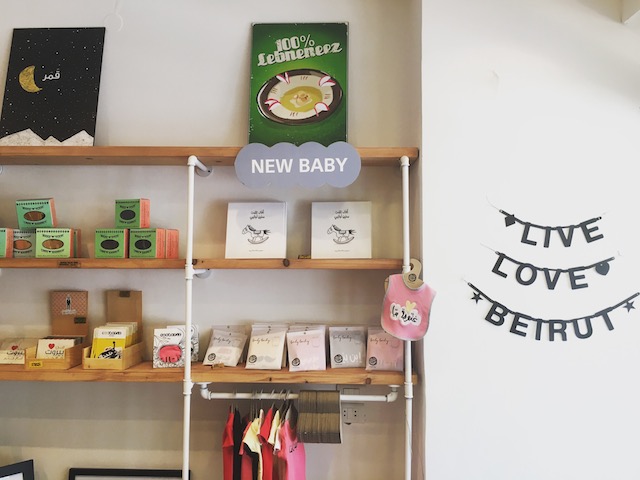 Cocoa & Co – In the colorful atelier, tasty and sweetly decorated cookies and cakes are in the making. The owner Hala started baking at home for her children’s parties and the story of Cocoa & Co began in 2008. The sweets tell tales of cartoons, smiley faces, happy occasions and groovy creations such as a chocolate pizza with a cookie crust, topped with cereals, smarties and marshmallows. 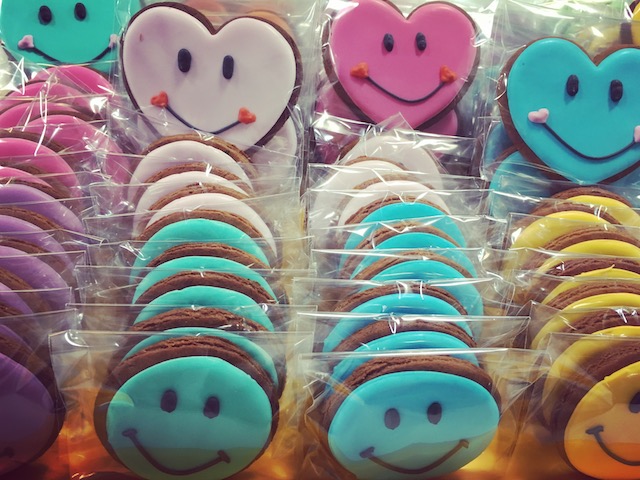 ByRania – In the boudoir style boutique, swing skirts, flowing gilets and modernized Abayas bring bright touches of color. The designer Rania welcomes her clients with advice and personalized pieces. She started painting on porcelain before shifting to clothing and accessories ten years ago. Rania sprinkles hand paints and graphic prints on dresses, caps and sneakers adding a pop vibe to her outfits.

Mastike – C-Lab (Creative Lab) – A bric-a-brac of fascinating finds from local furniture designers, vintage boutiques abroad or objects created by the owners; a group of young talented graphic designers, architects and engineers who founded in 2004 the C-Lab studio located above the store. Opened three years ago, the boutique holds recycled glass blown and molded into lamps, wooden palettes from a nearby construction site turned into a coffee table, a garbage container up-cycled as a sofa and an old metro cabin phone.

Pipe Brothers– Water pipes have taken over one section of an electronics store. About a year ago, Tony started transforming old water pipes into decorative objects. In the store, playful shapes of lamps are disposed on an ingenious bookshelf made of re-used pipes and wooden boards. Using recycled and up-cycled materials, the owner designs custom objects for homes, pubs and restaurants.

Le Marzipan – An iconic shop in the area, Le Marzipan has been concocting Aleppo specialties since 1965. Artisanal recipes are used to handcraft the delicacies with pistachio and almonds as key ingredients. A sweet taste of tradition transmitted through delicious marzipans, sugared almonds, chocolate pralines, loukoums, rose syrup and jellab.

The National Museum of Beirut – The beautiful museum holds testimonies of the region’s tumultuous evolution from Prehistory to Ottoman periods, with stops through the Bronze and Iron ages, the Hellenic, Roman and Byzantine periods. Envisioned since the 1919, the museum was inaugurated in 1937 and later destroyed by the civil war. Renovations ended in 1999 and the museum stands again as a beacon of a rich cultural heritage for Lebanon. 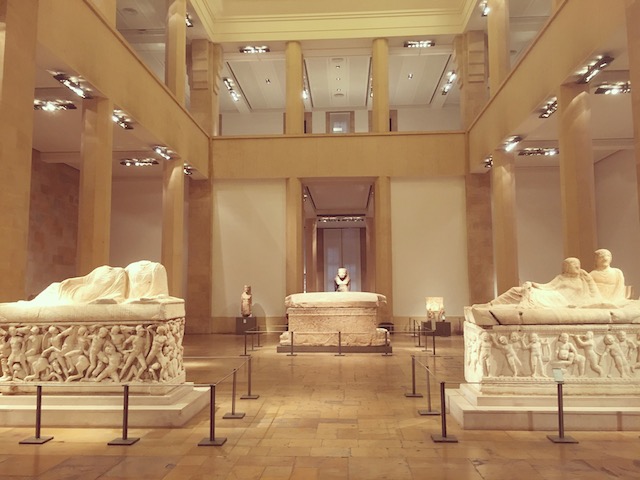